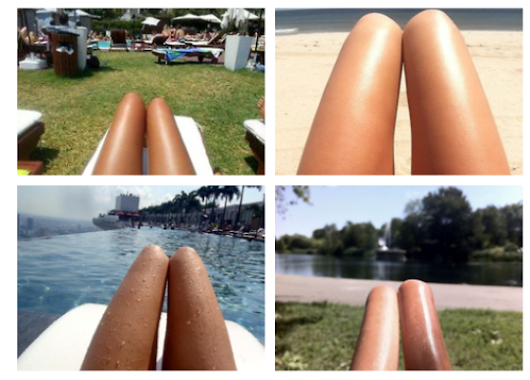 With BBQ season off got a great start. Well at least at the Tillett household it is. Ok I admit BBQ is always in season around here. But I digress, What I was going to say is time to bust out the dogs, sausages and brats.

Just to get you guys in practice to make sure you are ready and can properly identify stuff. I put for this simple little text.

The Tillett Brothers where born and raised in central Washington. Judy Tillett is the daughter of Scandinavian immigrants. Judy’s father Oscar Brandt (Oscars Fish Fix’ns) Owned a tire shop in Selah Washington. The Brandt’s Tire was just a block away from where Ron and Judy Tillett opened Upper Valley Meats in 1963.

Ron Tillett was born in Iowa and and had 8 siblings. It the late 40’s coming out of the great depression, his dad Vurnace Tillett loaded the family and all their belonging in the Buick and headed out West to Washington State to work in the Apple Orchards. It was a tough life and Ron grew up learning to work hard.  Several of the Tillett boys learned the trade of farm butchering and cutting meat.

In the 1960’s Ron and his brothers opened Upper Valley Meats a meat shop downtown Selah Wa. There are so many great stories of Steve and I as we grew up around this business in the farming communities of central Washington. I loved going to all the farms and ranches and hanging out with people who where genuine down to earth people. 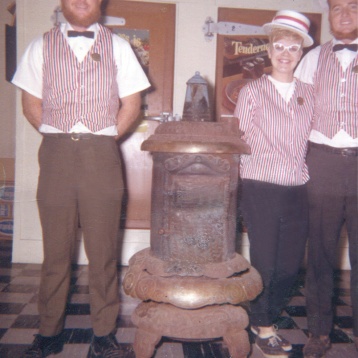 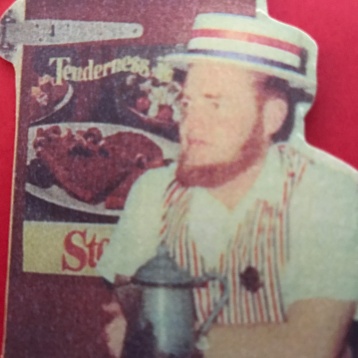 One strong memory I have is of the big 55 gallon pickle barrel in the front of the meat shop. Those where the most amazing pickles. They seemed to be as big as my head. Well I was only a kid.

I also remember the smoke house in the back of the meat shop. The smell was amazing. Hams, beacon and sausage links hanging from the rafters. Yum Yum!!

Ron Tillett was passionate about the meat business and was always teaching others the trade. Ron had many apprentices many of them are still in the business.

Ron also wrote a book about cutting and processing your own meat. His working title was From The Farm To TheTable. He wanted to share where he know. The notes, writings and research where extensive. There was only one thing that kept him from realizing this dream. In my opinion it was timing. This was all before the age of desktop publishing and it was a tough road to getting something like my dad had designed. It required 100s of photos and illustrations. Ron was not an illustrator or a photographer. Remember this was before digital cameras. The cool thing is he had so much great content. I am so excited that I will be able to share some of his knowledge and insights through Tillett Brothers’ BBQ content. My dad would be happy his ideas are being shared. 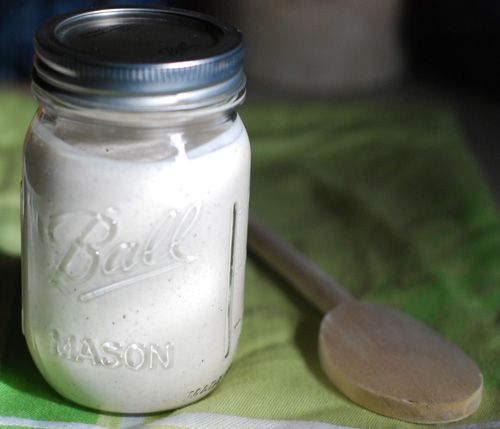 This Alabama-style White Barbecue Sauce has a tangy flavor that is a great addition to grilled foods.

PREPARATION:
1. Mix ingredients together (it is best to refrigerate for at least 8 hours before using – but will be ready to use immediately).
2. Brush lightly over chicken, turkey or pork during the last few minutes of grilling.
* This barbecue sauce is also great as a dipping sauce so set some aside before you start grilling to serve on the table.

*** TRY smaking on some of Steve Famous Rub before grilling – WOW 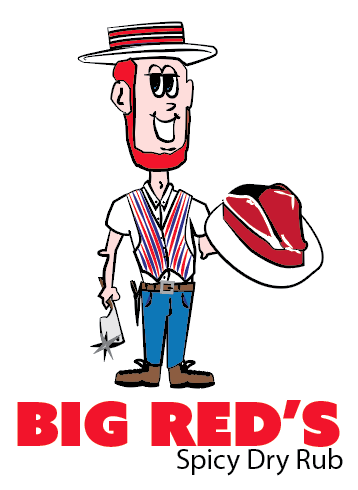 Mix all ingredients together in a bowl. Use on your favorite meat 60 minutes before grilling. Store any extra in an air-tight container, making sure to keep dry. Makes 2 1/4 cups.

Some times one must innovate to get some BBQ! 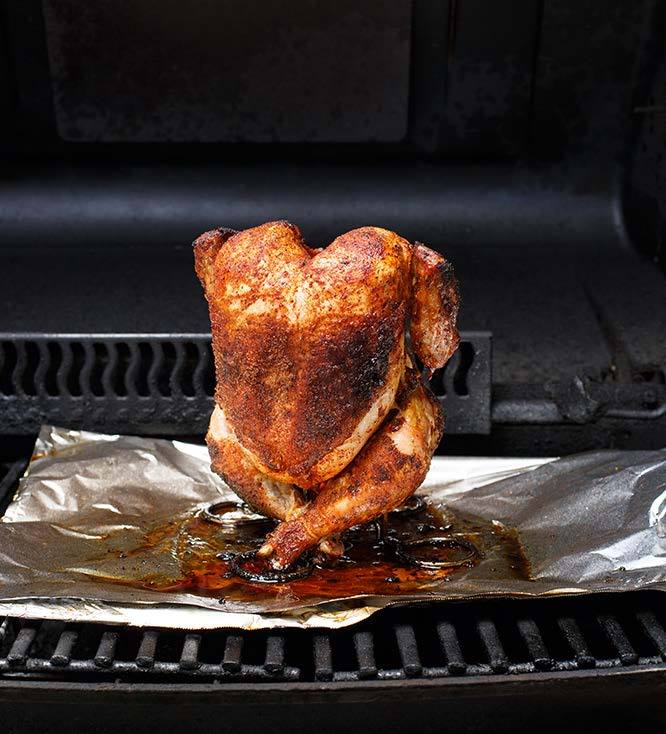 TRY THE WHOLE CHICKEN ON A CAN METHOD

– in the South this is known as “Beer In The Butt Chicken” Well you know what I call it then. It’s got a nice ring to it.

Here are the simple steps:

Here is a project I did a few years back. An info-graphical of the history of Barbecue! I know it’s an obsession.

I have been fix’n to smoke up some bacon and I ran across this great video Curing and Cold Smoking Bacon the Old Fashioned Way. Some of my earliest memories involve bacon. Well watching my dad smoke bacon in his meat shop in Selah Washington back in the 60s. The smells of smoked meat is my favorite. I’ll be sharing some of my Dad Big Reds smoke house recipes, tips and tricks in the future.

Here is the video that inspired this post and got me obsessing (again) about bacon at 9PM.

Curing and Cold Smoking Bacon the Old Fashioned Way By Tim Farmer – Tim learns all about how to cure and cold smoke a pork belly to make some of the most delicious bacon with his friend Jay Caskey.

For some reason Amazon thought I might like this new BBQ book by Steve Tillett. Hmm very insightful. 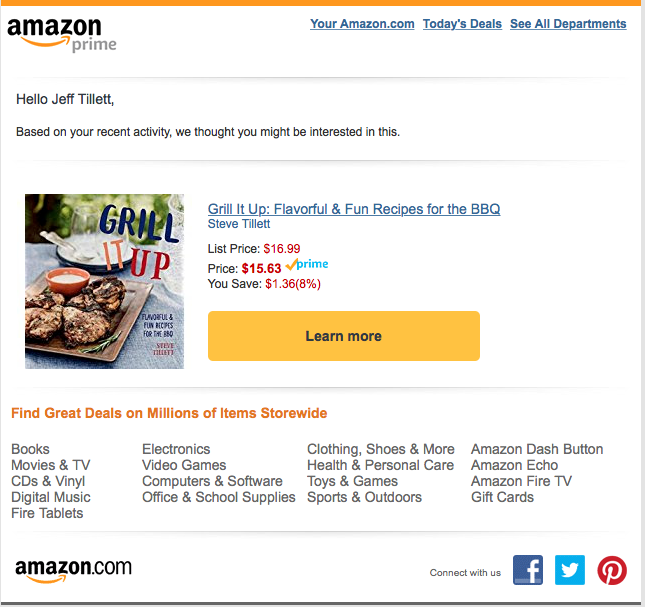 As I shared the cuts of beef chart here is the Cuts of Pork chart. I don’t know about you but I think the bacon section is a bit small. 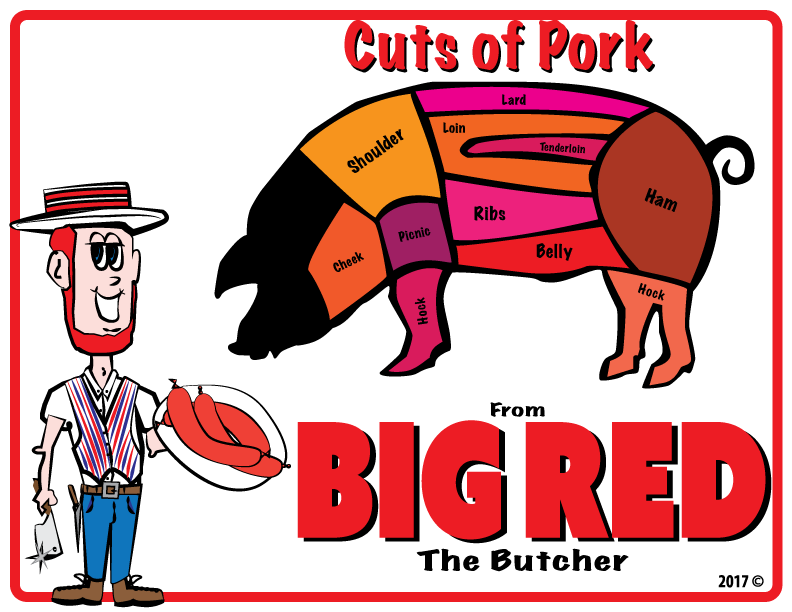